Accountant experts Deloitte managed to successfully defend the Cup title at the 5th edition of the annual Hartpury Corporate Challenge Cup on a rainy and windy day in the West Country. After weeks of sunshine and hot weather, unfortunately, the infamous British summer, turned into a day of pouring rain and gusty winds, just in time for the popular touch tournament.

However, tricky conditions didn’t stop the participating teams from turning up on the day and showing some very fine touch rugby skills in the beautiful and state-of-the-art settings of the Hartpury Sports Academy.

Staged in front of the impressive Grandstand of the Hartpury RFC stadium, the corporate teams went head-to-head in a two-pool structured competition. Once again, many local and international businesses entered the tournament which offers a great opportunity to network and team building as well as having loads of fun playing touch rugby, one of the fastest-growing sports in the UK.

After an entertaining pool stage, Rolls-Royce, Kohler Mira Showers, Business West and Deloitte progressed to the Cup semi-finals. Like the year before, the Bristol-based teams Rolls-Royce and Deloitte both managed to book their tickets for the Cup final. 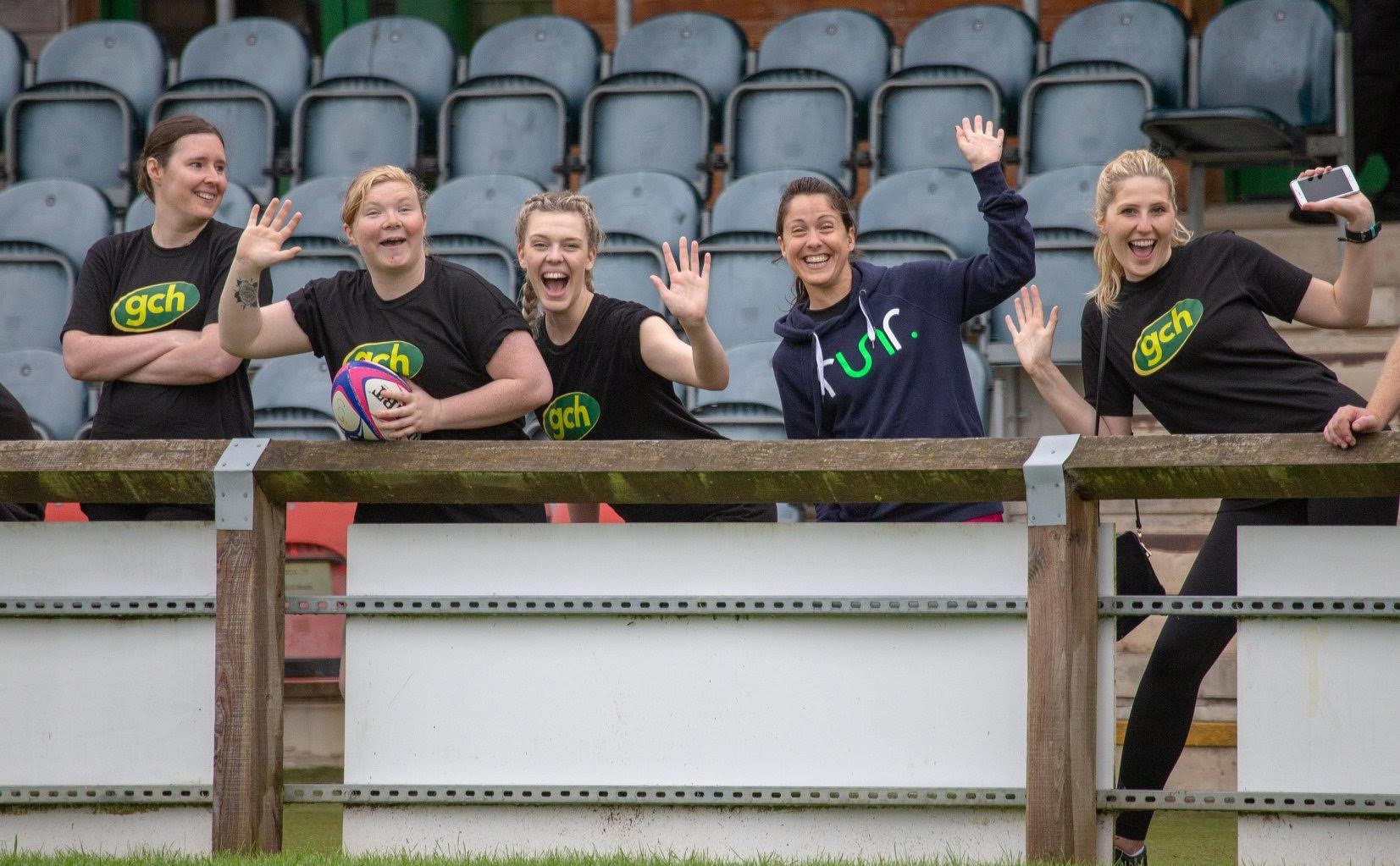 Despite, another heavy rain shower during the finals, the quality of the tournament decider couldn’t be any more exciting. After a scoreless draw in regular time, the match went into extra time. But even after 25 minutes of play and three players from each side eliminated, the game was still undecided, which resulted in another extra-time. Just at the very last moment of the second extra time, it was Deloitte which just managed to find a gap in the strong Rolls-Royce defense to score the winning try.

In the Plate final, hosts Hartpury met the second team of Kohler Mira Showers, which they beat comfortable to claim the silverware. The Shield trophy was won by Business West.

A huge thank you to all participating teams, the referees, Lauren Couchman (Photography) and Alan Powderhill and Simon Spooner from Hartpury.

You have declined cookies. This decision can be reversed.

You have allowed cookies to be placed on your computer. This decision can be reversed.